The primary focus of DataVarius™ is on building custom websites and web database applications. To fulfill that purpose for clients, with our white-glove “Stradivarius Approach,”™ we work out of virtual offices with highly skilled programmers, as well as front-end designers. DataVarius is small, but nimble, and completely committed to customer satisfaction. We're headquartered in Maine, not far from the lovely Atlantic Ocean.

DataVarius was formed in 2020. It's a project of the World Community Press, founded by Peter Falkenberg Brown. 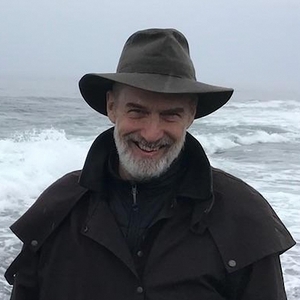 What Peter Can Do For You

When Peter takes on a project for a client, he looks at the work from the perspective of the client, as if it was his project. That attitude engenders responsibility, “ownership,” and the desire to do the work with excellence and success. He looks out for the client's best interests, right from the beginning, which sometimes means that he turns down a project and directs the potential client elsewhere. If someone else can do the job better, or if the client's budget doesn't fit his fee structure, he does his best to steer the client in the right direction.

Once a project is accepted, Peter works very hard to produce rock-solid results that will last for years. The Stradivarius Approach is not just a slogan. Peter wants every client to feel “utterly delighted” throughout the process and at the end of each project.

Peter has been a database programmer since 1987, and started creating web database applications in 1996, using Perl and MySQL. He's been working with PHP since 2007, and specializes in web database apps, which is often described as "backend programming," rather than "front-end" or "full-stack" development. He works with designers to create the look and feel for websites, and then integrates their designs into the programming framework. He's also a writer.

He spent almost thirteen years as the Director of Web Operations for NewBay Media, where he managed forty web servers and specialized in PHP, Perl, and BASH programming. NewBay was a magazine publishing house in Manhattan, and has since been acquired by Future plc in England. NewBay's magazines included GuitarWorld and TV Technology, among many others.

Peter's family is from Maine, going back many generations, and Peter was raised in Portland, on the West End. He loves the ocean.